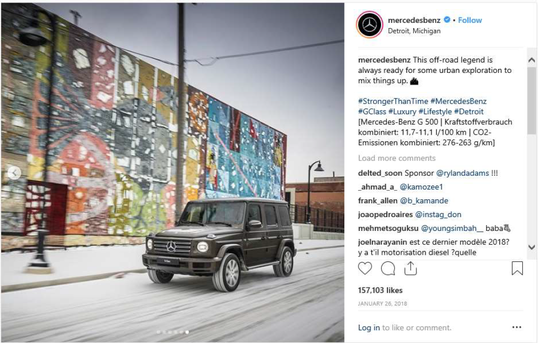 Mercedes-Benz has filed lawsuits against four Detroit artists, claiming that it had the right to use photos of their murals on Instagram.

Things may be looking up for four Detroit muralists who have found themselves in a sticky legal battle with luxury carmaker Mercedes-Benz.

In January 2018, the company featured on Instagram its G 500 model driving through Detroit’s Eastern Market, where hundreds of public murals are located. Upon the discovery that the images were being used without permission, Detroit artists Denial, James ‘Dabls’ Lewis, Jeff Soto, and Maxx Gramajo issued a cease-and-desist letter to the auto maker and sought compensation. To their surprise, Mercedez-Benz responded with a preemptive lawsuit against the four artists, seeking a federal judge’s ruling that its use of the photographs was fair, and that it did not infringe on the artists’ copyright.

The lawsuit moved forward with a hearing on Tuesday. According to the Detroit Free Press, Judge Avern Cohn said in U.S. District Court in Detroit that the murals have “a uniqueness” and “are entitled to protection.”

This is a step forward for the muralists. If ruled in Mercedes-Benz’s favor, the case would set a precedent for companies and individuals who wish to capitalize on public artwork in the future.

“What [Mercedes is saying] is: any artwork on any building is not protected. If courts were to agree with that, what would happen with the likely hundreds of thousands of murals and important pieces of public artwork? Would this allow companies to go to famous outdoor murals and just photograph them at will and use them for whatever they please without permission and without payment? Obviously, that would be a nuclear impact on the global artists community and would completely strip away rights from anybody that has an outdoor mural.” –Jeff Gluck, attorney for the artists, in a statement for WDET 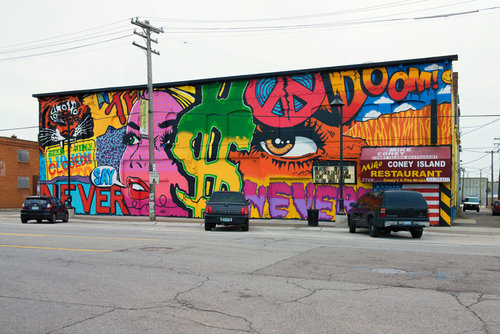 The Eastern Market Historic District has been beautified with the addition of more than 200 murals since 2015 as part of the Murals In The Market Festival. Named by Smithsonian Magazine as one of the “best mural festivals around the world”, Murals In The Market has transformed Detroit into a must-see destination for visitors and locals alike. The fifth annual installment of the festival begins with the Family Reunion Block Party on Saturday, September 14.