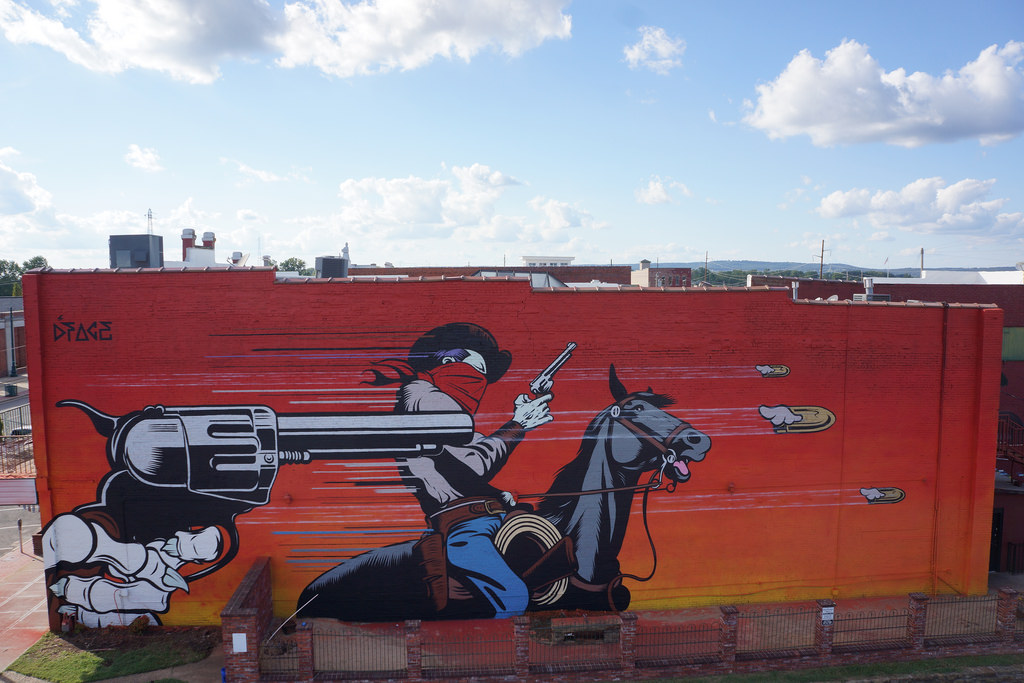 Our man Daniel Weintraub aka HaloPigg was on there to check out the new murals going up in the historic For Smith district. Read on to see more from Unexpected…

Printology is up until November 1st at UAFS.

In my years of traveling for mural festivals I have never been to anything quite like what I experienced over the last two weeks in Fort Smith, Arkansas for the Unexpected Project. The name suited the event perfectly as Fort Smith served as a completely blank canvas for 7 international artists to do their thing. A downtown area that has a bunch of amazing blank walls, and a complete lack of people provided the stomping grounds for Vhils, Roa, Bicicleta Sem Freio, Ana Marietta, Maser, D*face, and Askew. 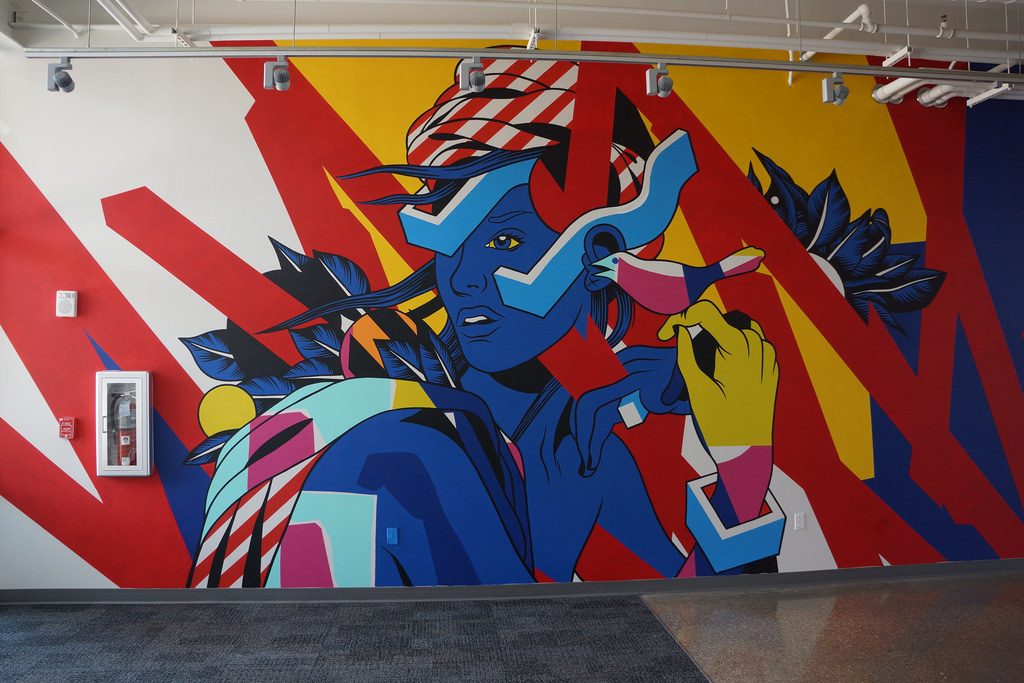 Unexpected officially started with “Printology: a print retrospective at the University of Arkansas which featured an indoor collaborative mural by artists Maser and Bicicleta Sem Freio as well as prints from many the top street artists around the world. A few days later the artists start to arrive and the walls began. 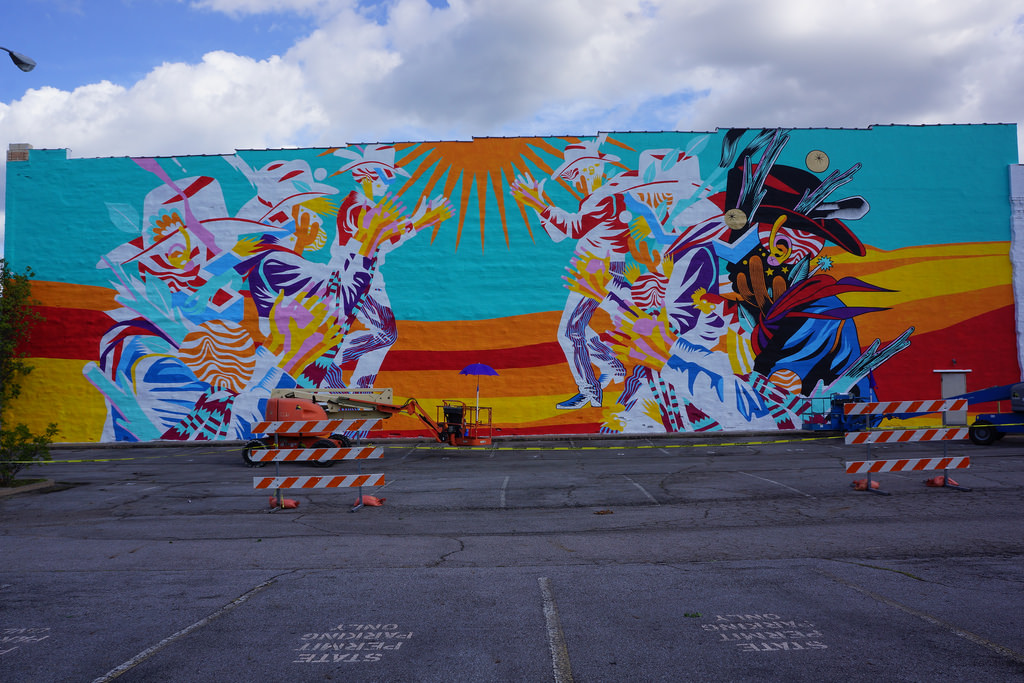 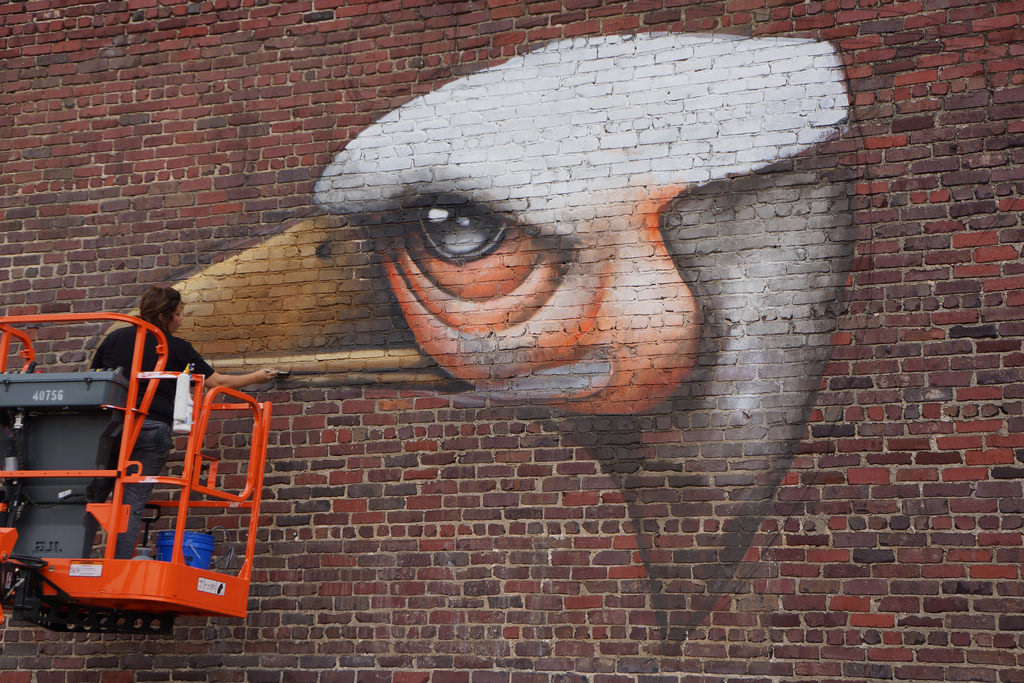 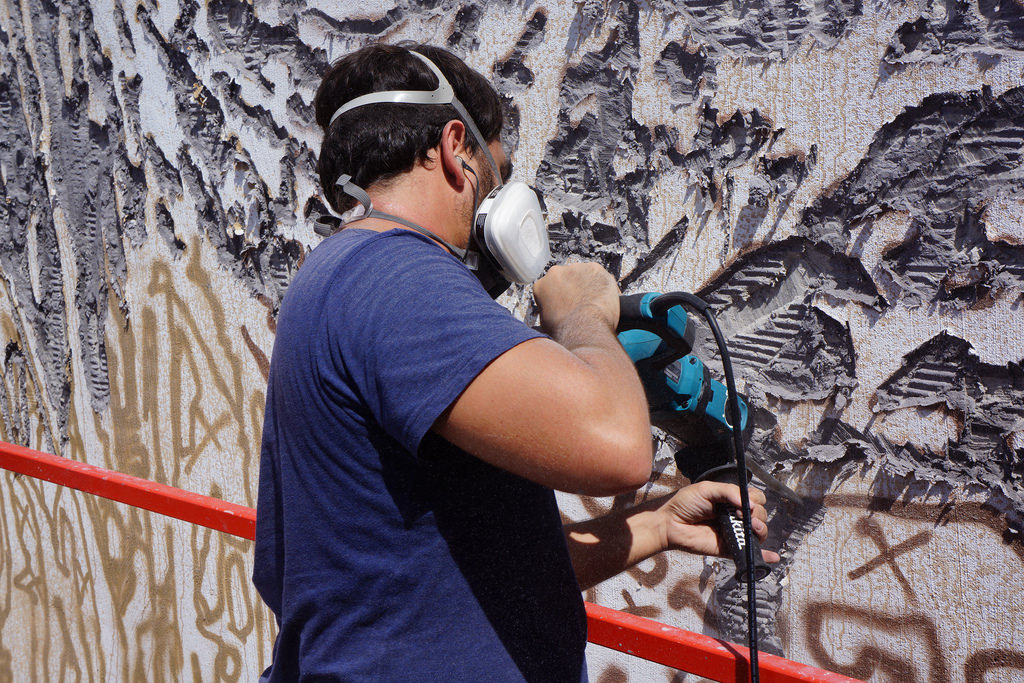 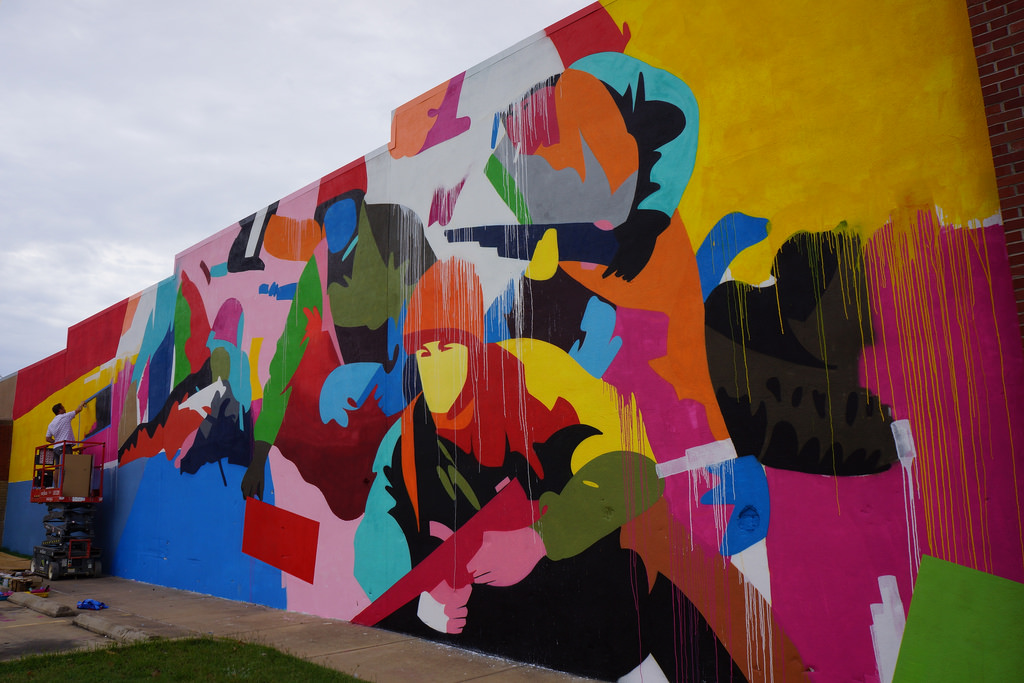 The people of Fort Smith are really what made the event special. There was basically not much going in town and once the art started going up people started to flow into town. Countless times I heard people tell me they have never seen the downtown bustling so much. In fact I saw it myself in the two weeks I was there. The first weekend in town had me asking, “If an artist paints a wall and no one sees it, does it count?” and then the following weekend we couldn’t go ten minutes without someone stopping us to thank us, and tell us what an amazing thing we were doing. At the end I compared the experience to when a large rock band comes through to a small town to play a gig, the only difference is we decided to stay for 10 days. The experience was truly a memorable one for all involved, and we can’t wait to meet back in Arkansas for another round of Street Art Summer Camp next September! 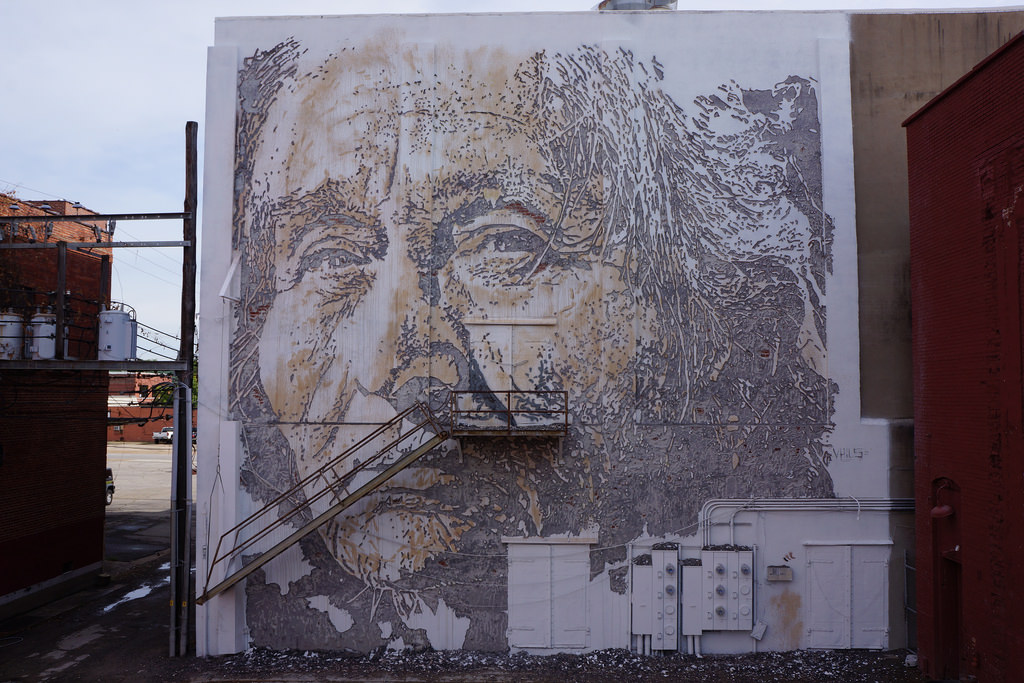 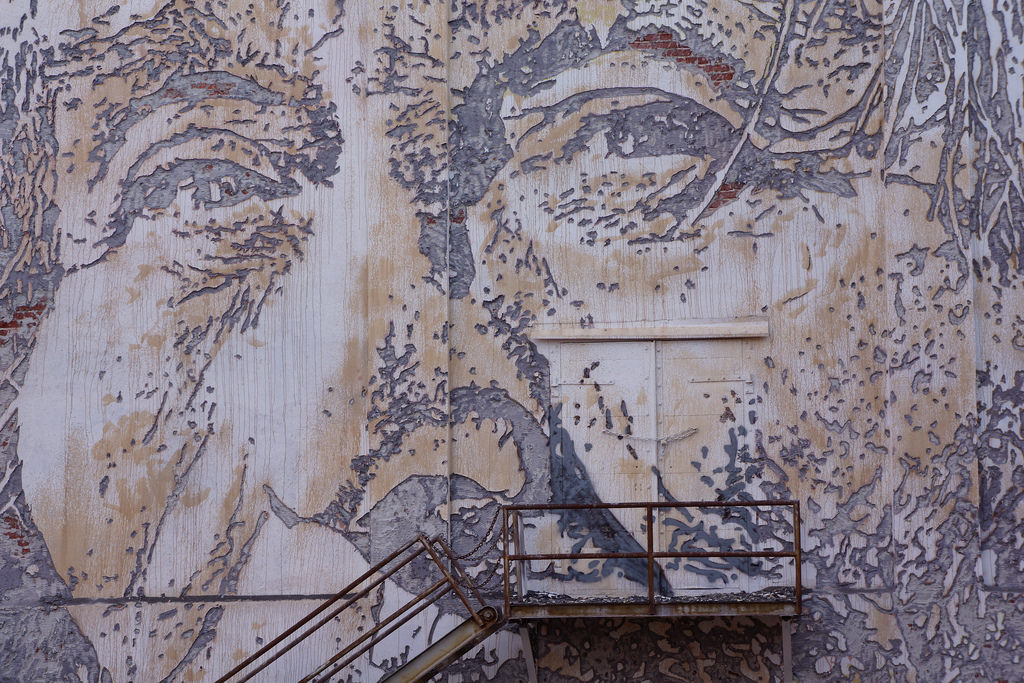 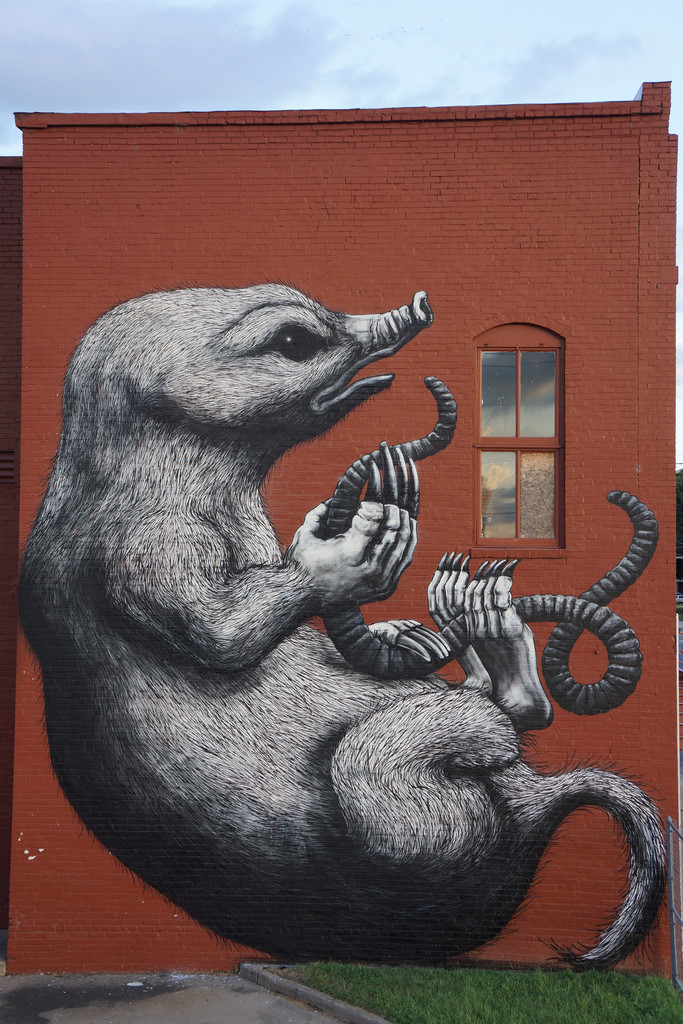 Roa’s completed “Mole with a Worm” 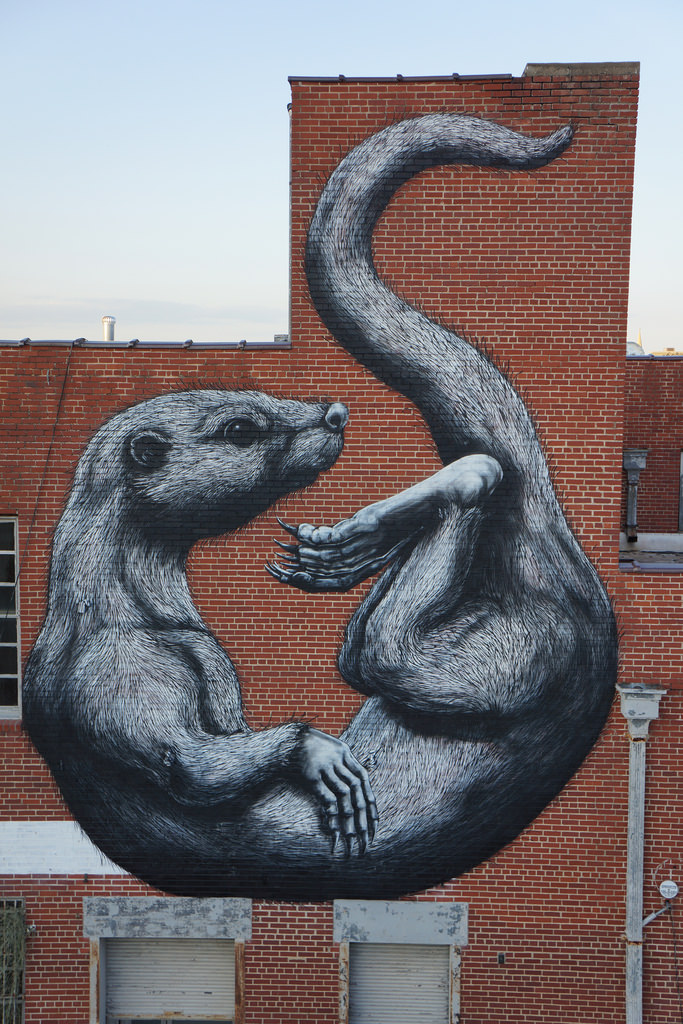 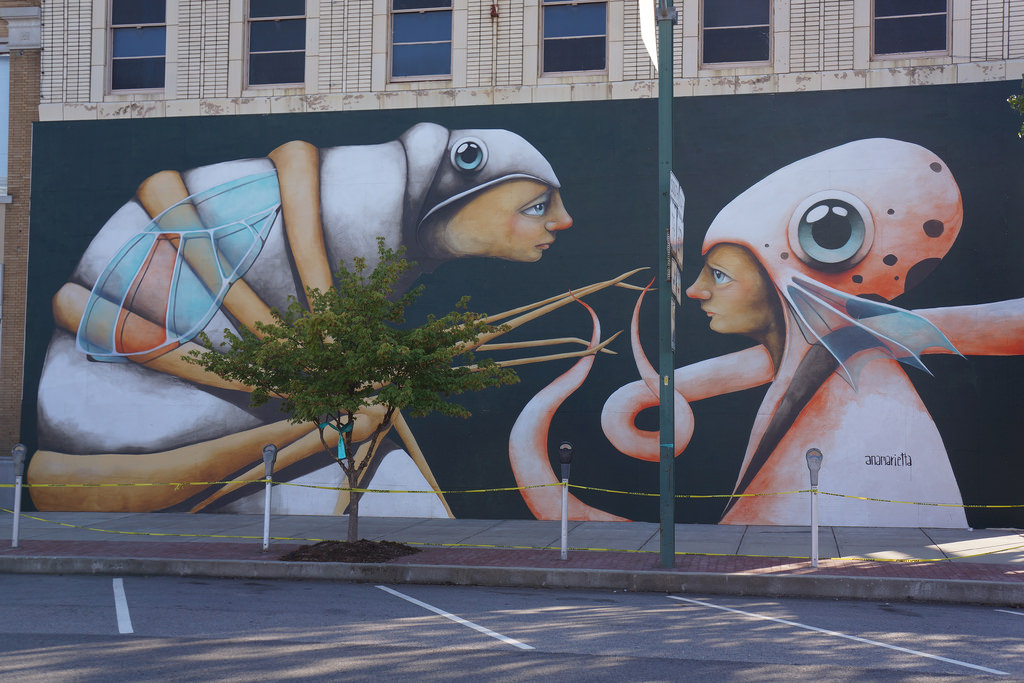 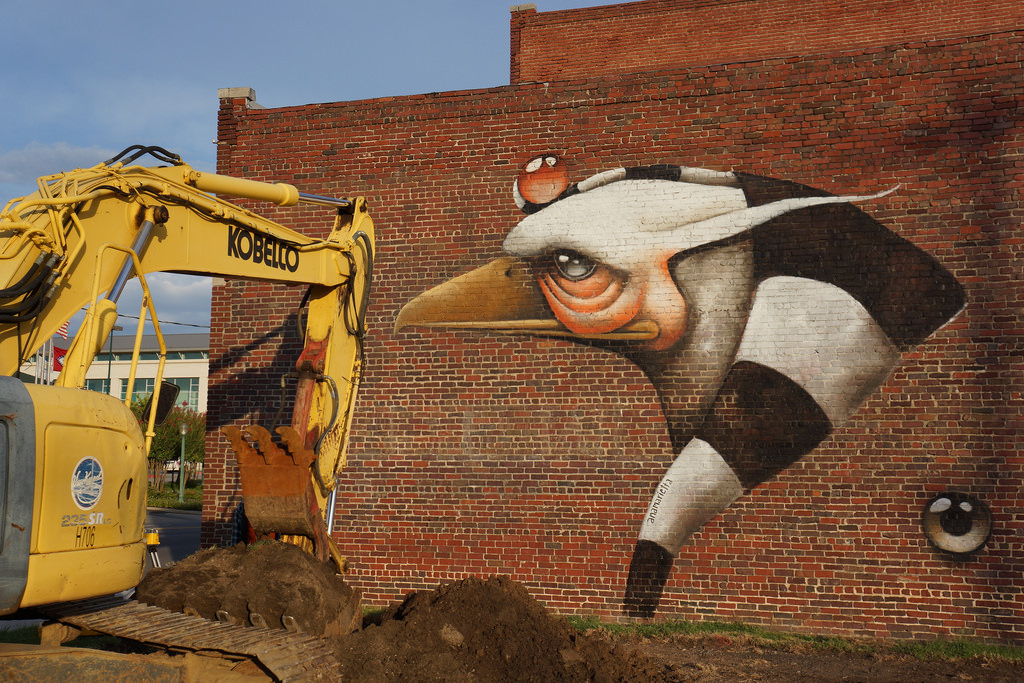 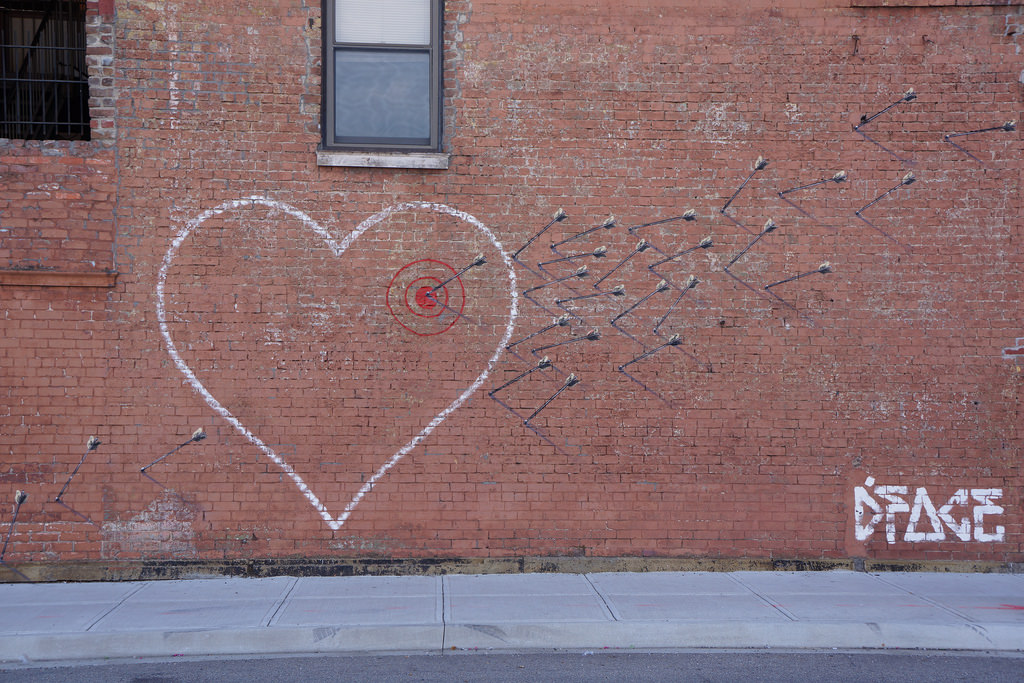 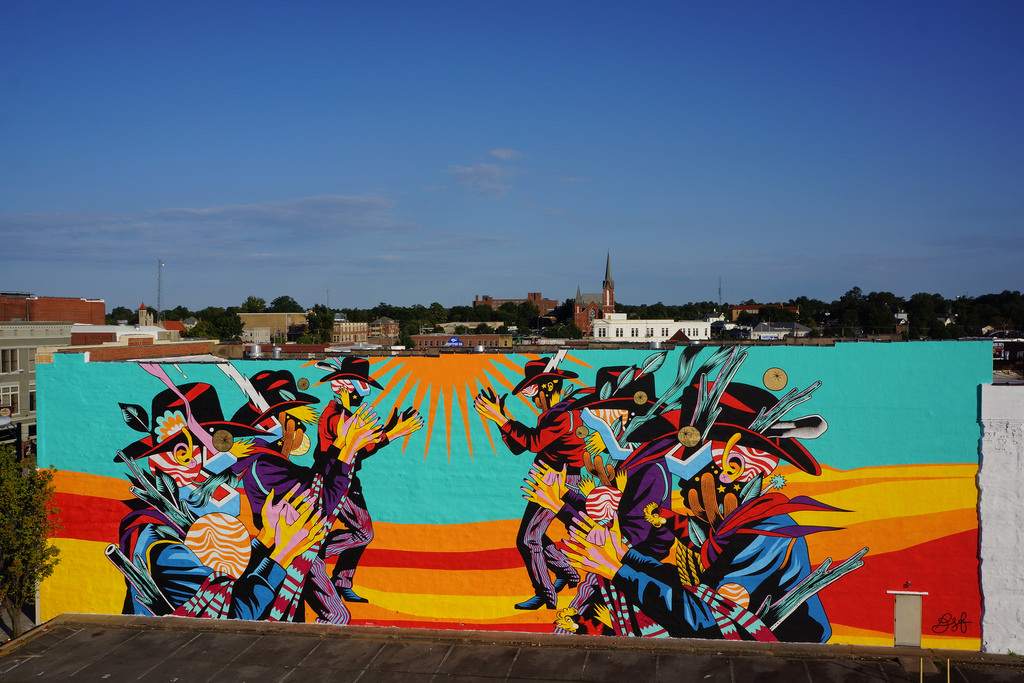 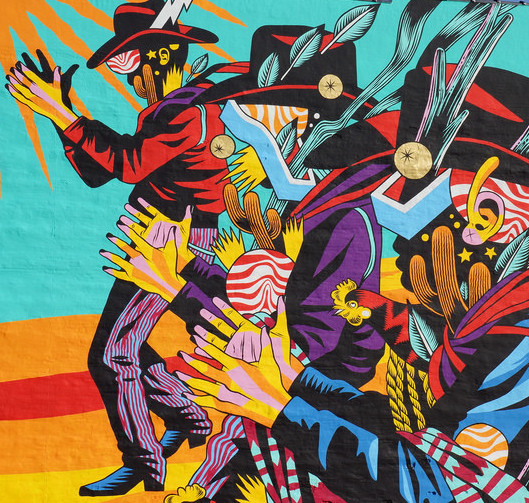 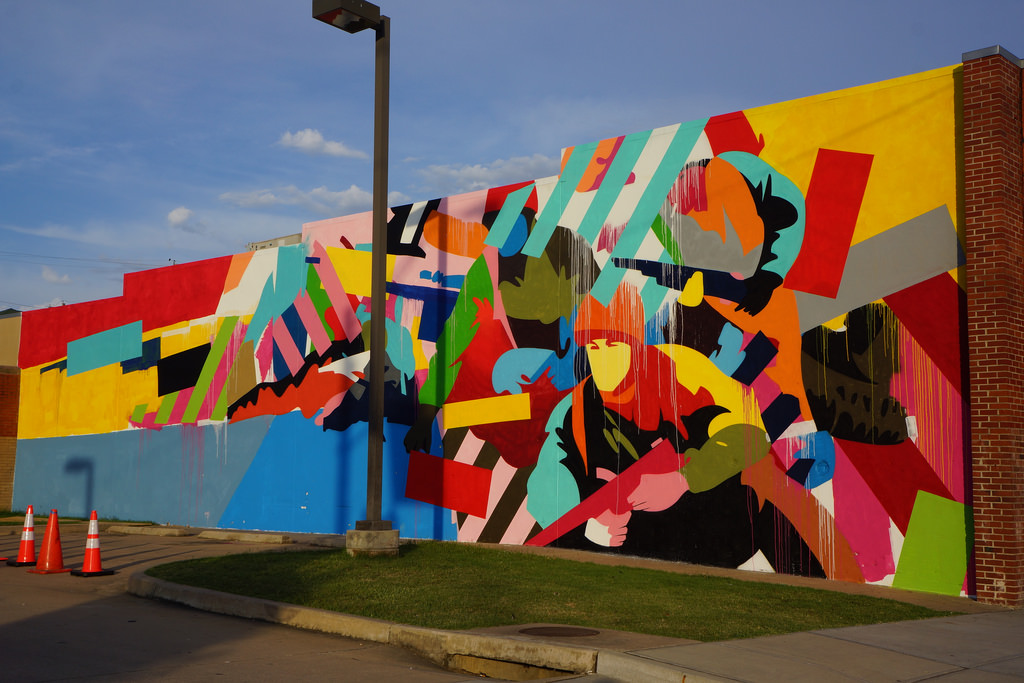 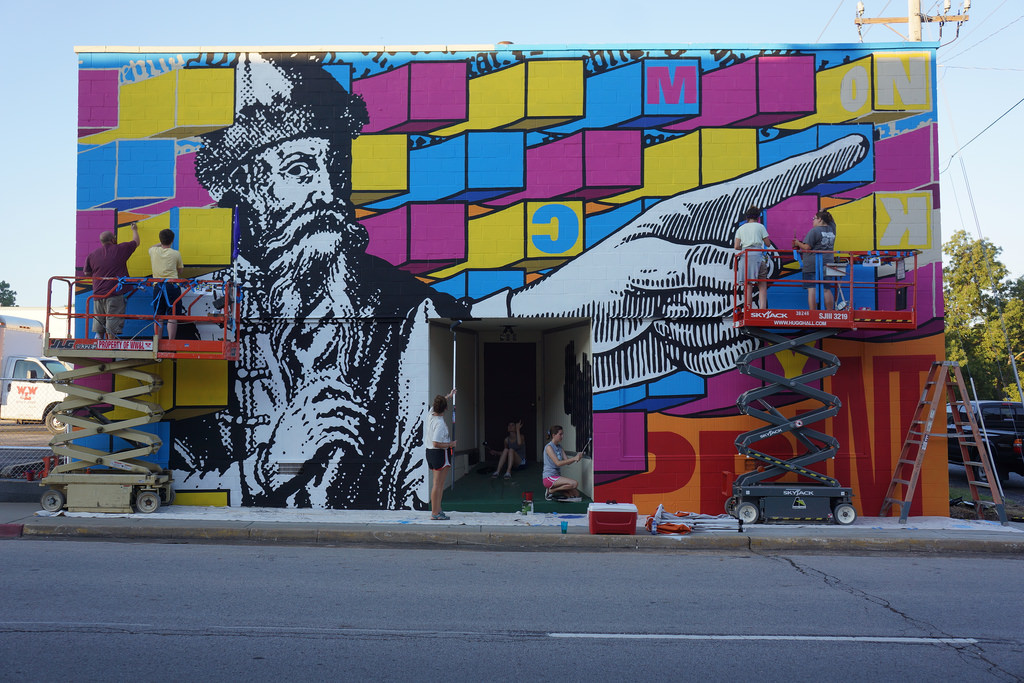 The students in the UAFS mural class painted this ode to Johannes Gutenberg.

Photos and words by 1xRUN Contributing Writer & Photographer Daniel Weintraub.  He has previously covered Mural Festival in Montreal and Wall Therapy in Rochester, New York. You can follow him @halopigg.